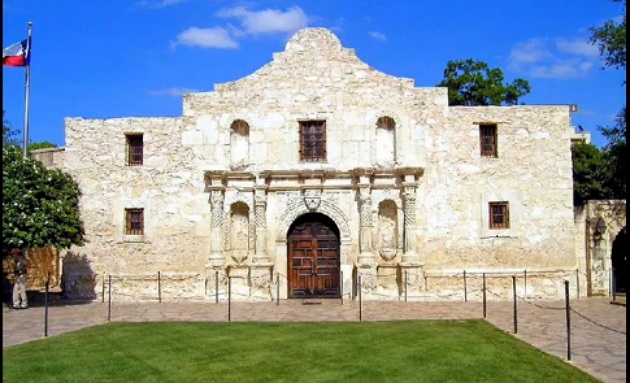 Given an area of over one-quarter of a million square miles, being able to find places to visit in Texas is about as easy as it gets. But let’s say you want to visit places in Texas that have historical value – is the search just as easy? As it turns out, yes. Yes, it is.

Texas is one of the more interesting states in the United States. It can boast that it has had six flags under which it’s been governed (France, Spain, Mexico, Confederacy, U.S., Republic of Texas). It was its own country for almost ten years (Republic of Texas), and many of the state’s major cities take their name from major contributors to the independence of Texas.

Here are five (relatively) surprising places to visit in Texas for history lovers:

Dallas – There’s probably a large number of people who can hum the theme song to the TV show about this Texas city which gained world-wide popularity in the 1970s and through the early 1990s. The city was established in 1841 & was one of the first railroad crossroads in the state. The city’s current newspaper, Dallas Morning News, was established in 1885, and the State Fair of Texas has its history dating back to 1886. Of course, you can’t mention Dallas without mentioning the Dallas Cowboys, the world’s most valuable sports franchise.

College Station – This city has its roots with the establishment of Texas A&M University in 1876, the first public institution of higher education in Texas. As the population of the area’s communities and municipalities grew, there was an incorporation of College Station in 1938 as the city of College Station. This “city of” designation was first noted by the USPS in 1877. The Aggies are the pride of the area, and Texas A&M University is home to the George Bush Presidential Library and Museum, which opened in 1997.

Austin – Texas’ capital city was established as a capital back in the days of the Republic of Texas (1839). The Governor’s Mansion, completed ca.1856, is still in use today as the official residence of the Texas governor. The flagship campus for the state, the University of Texas, began life in 1881 with Austin being decided as the site for the state campus (also becoming home to the Lyndon Baines Johnson Library and Museum in 1971). The city has been big in cultural movements throughout its history, which has attracted a number of new residents. Growth has been significant, showcased by the population jump between 1940 & 1990, in which the population grew on average of 40% per decade.

San Antonio – The history of San Antonio goes back to its establishment in 1718 as part of Franciscan missions being established in the area. Perhaps the most notable part of the city’s history is the Alamo and the glorified final stand against Mexican forces. The final siege on the Alamo took place on March 6, 1836, and even though the day ended in defeat, the battle would inspire the great rallying cry, “Remember the Alamo!” Both WWI and WWII were key in the establishment of a military presence in the city that still exists today. Perhaps the other most notable tourist attraction is the River Walk, which was completed in 1941 and was part of the city’s years-long work to fix flooding issues that plagued San Antonio & resulted in a tragic flood in 1921.

Washington County – The Convention of 1836 wrote out the Texas Declaration of Independence & the Republic of Texas Constitution at a meeting in Washington-on-the-Brazos. The county was named after George Washington, the first president of the United States. While other cities in this list have a few centuries of history, there is evidence that the area that would become Washington County was home to Paleo-Indian culture, with habitation by people as far back as 9,000 years. Independence, TX, a city in Washington County, was the original site for what would become Baylor University back in the mid 1840s.

If you love history, there are numerous places to visit in Texas to satiate even the most rabid appetites for knowledge. As is the case with the history of many places both domestically and abroad, there is some good mixed in with some bad & even downright shameful. Nonetheless, it’s the whole of its history that makes Texas the state it is today.