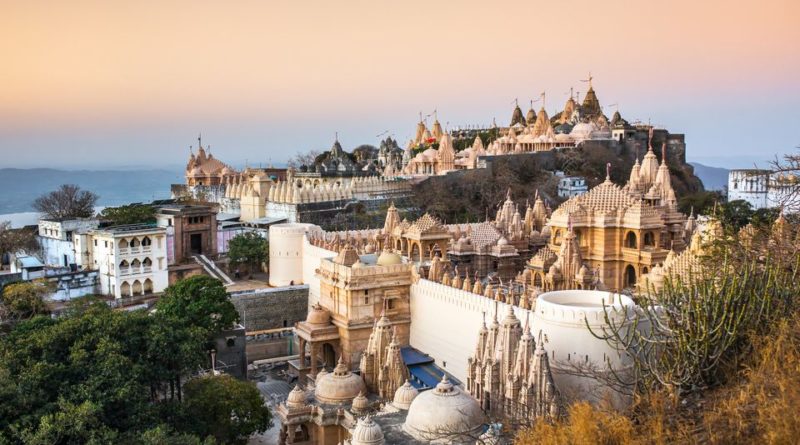 Gujarat is among the largest states in India, beloved by travelers around the world because of its history, architecture, and culture. The best part about the state is that the people have clung on to the ethnicity with pride, and that’s what make Gujarat one of a kind destination. You can stroll through the narrow congested lanes during a part of the day and spend the rest of the time rejuvenating in your luxurious heritage hotel that’s equipped with international amenities. This is the real place of India, rugged yet smashed with colors, historical yet classy and chaotic yet serene in its own way.

For someone wanting to explore this lovely state, then he must abide by this list featuring the best places to visit in Gujarat.

The white salt desert Kutch is a surreal destination to visit. In pictures though, you might mistake the landscape with a snowy one. The colorful folk costumes of Gujarat escalate the charm of this otherwise barren region. The government of Gujarat organizes the Kutch Utsav in the winter season. This months-long festival is indeed a cultural extravaganza featuring folk music and dance performances, local handicrafts, Gujarati cuisine and a lot more. There are special cultural programmes held during the full moon nights, so that’s the best time to attend Rann Utsav.

During the winter season flamingoes from Siberia fly to Kutch turning the viesta more charming. This is the best time to visit Kutch, as during the monsoon the whole regions is submerged in sea water.

Gir is home to Asiatic lions and is among the best places in India to witness the ferocious yet intriguing wildlife. Other than the lions, Gir National Park serves as a habitat to hyenas and black bugs. It spread over an area of 1,412 km sq. Back in the erstwhile era it was the hunting grounds for the Nawabs of Junagadh, and today it is counted among the most important protect areas in the continent.

A wildlife safari experience here will be the moment you’ll cherish all your life. If you are traveling with kids, this is an ideal place to learn as they explore.

One of 12 Jyotirlingas of Lord Shiva, Somnath is a highly-revered shrine for Hinduism followers. But spirituality isn’t the only reason why people come over here, the temple is located by the Arabian Sea and has seen devastation and refurbishments quite a lot of times through the years. As per the legends, the temple was once rebuilt by Lord Soma using gold, Ravana restored it using silver, Lord Krishna later used wood for restoration and finally the stone restoration was done by King Mahadev.

A picturesque hill station in Gujarat is the sole hilly region here. This comes as a haven for people looking for a pleasant weather during scorching summers as well. The lush forested region make it an ideal weekend getaway for people living in cities like Ahmedabad. As the monsoon arrives, Saputara becomes more beautiful as the landscape turns greener. Boating is a common activity here, thanks to the picturesque beauty that surrounds the lake. If you are up for a lovely view of the locale, then just hop on for an exciting cable car ride.

The largest city of the state, Ahmedabad is also among the most developed cities of Gujarat. As it has a busy international airport, chances are you will begin and end your journey in the state from Ahmedabad. There are many attractions here that keep the travelers wanting for more. Sabarmati Ashram, Akshardham Temple, and Kankaria Lake are among the top highlights of the city. A foodie can gorge on some of the most delicious Gujarati cuisines right here.

Of all the attractions, the International Kite Festival is something that is most sought after. The festival features kites from different countries around the world in different colors, shapes, and sizes.

Majorly known for Lakshmi Vilas Palace, Vadodara has a regal history to narrate. The palace expands over a massive area of 700 acres and was commissioned by Maharaja Sayajirao Gaekwad III. Back then it was considered to be the world’s largest private dwelling. The complex features many other popular buildings of Vadodara like Moti Baug Palace and Maharaja Fateh Singh Museum. Most part of Laxmi Vilas still serves as a royal residence, while some of it has been turned into a luxury heritage hotel.

An important pilgrimage spot for Hindus, Dwarka is one of char dham (Four pilgrimage destinations). Located on the banks of River Gomti, Dwarkadhish Temple is the most significant highlight of the ancient city. As per the belief, Dwarka is said to be former kingdom of Lord Krishna. The shore beside the temple is where people often spot turtles and starfishes.

During the festival of Janmashtami (Birthday of Lord Krishna) all the streets of the city get decked up colorfully. Krishna bhajans echo everywhere, making it the best time to visit Dwarka.

In the ruins today, Lothal makes every history-buff weak in the knees. Studies suggest Lothal was an important site during the Indus Valley Civilization, and today even the ruins are well-preserved by the authorities. The archeological site has a museum exhibiting ancient utensils, jewelry, gemstones and more.

Surely Lothal is among the best historical places to visit in Gujarat!

A UNESCO World Heritage Site, Rani Ki Vav is an eleventh-century step-well built by Queen Udaymati in the memory of her king, Bhimdev I. This seven-level structure is beautified with as much as 1,500 sculptures chiseled intricately. It hasn’t been very long since it has been excavated. Earlier it was flooded by River Saraswati. A photography enthusiast can find a thousand dreamy frames when exploring this archeological marvel.